Claverton Pumping station was built by a fast flowing section of the River Avon, giving it the water power needed to drive the massive beam engine. Unfortunately this means that every year we must deal with flooding. 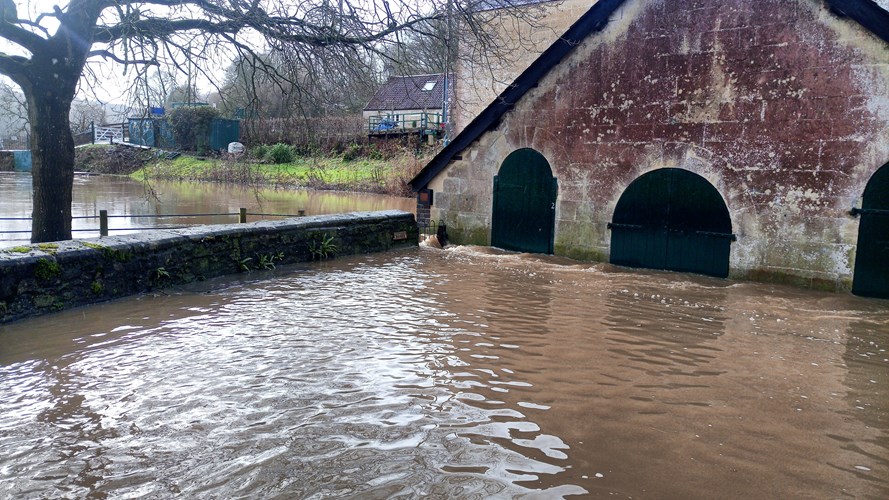 From October-March, our downstairs needs to be cleared to minimise flood damage. With little space in the pumphouse itself we rely on our outbuilding to store signs, benches, and parts of our machine enclosure for the winter. However our largest outbuilding has all but collapsed 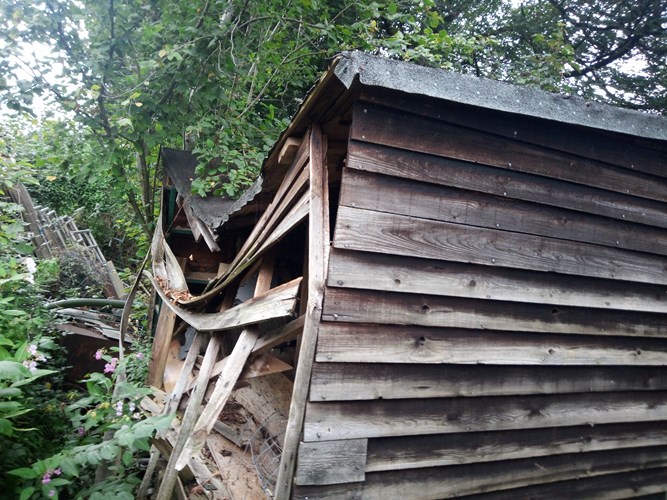 In November last year we started a fundraising campaign to raise £2,500. This will allow us to build a strong raised outbuilding in place of the old collapsed one. This was our first attempt at crowd funding, we were blown away with the response. We are delighted to announce that we have reached our original goal.

Just weeks after we launched our fundraising campaign, the raised platform in front of two of our other raised storage shed started to give way! 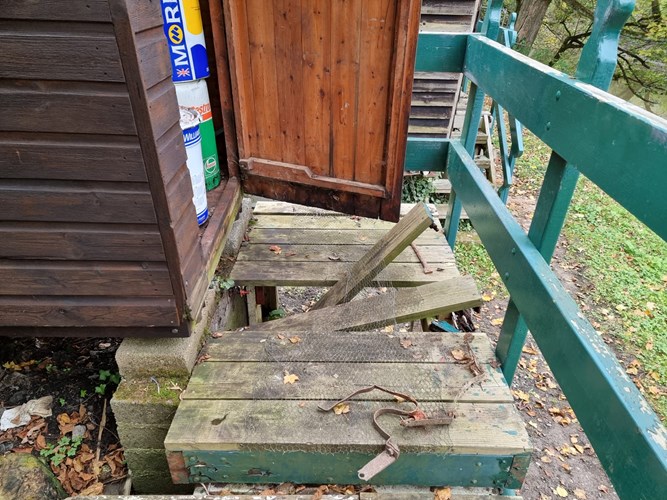 A £200 grant from the Bath and North East Somerset Ward Councillor’s Empowerment Fund, and a £500 grant from Claverton Parish Council allowed us to start straight away in repairing safe access to our existing storage.

The old outbuilding has been demolished, and the new access platform is complete. The concrete steps leading to the platform remain from the old platform, these will be rendered at a future date to improve their aesthetic. 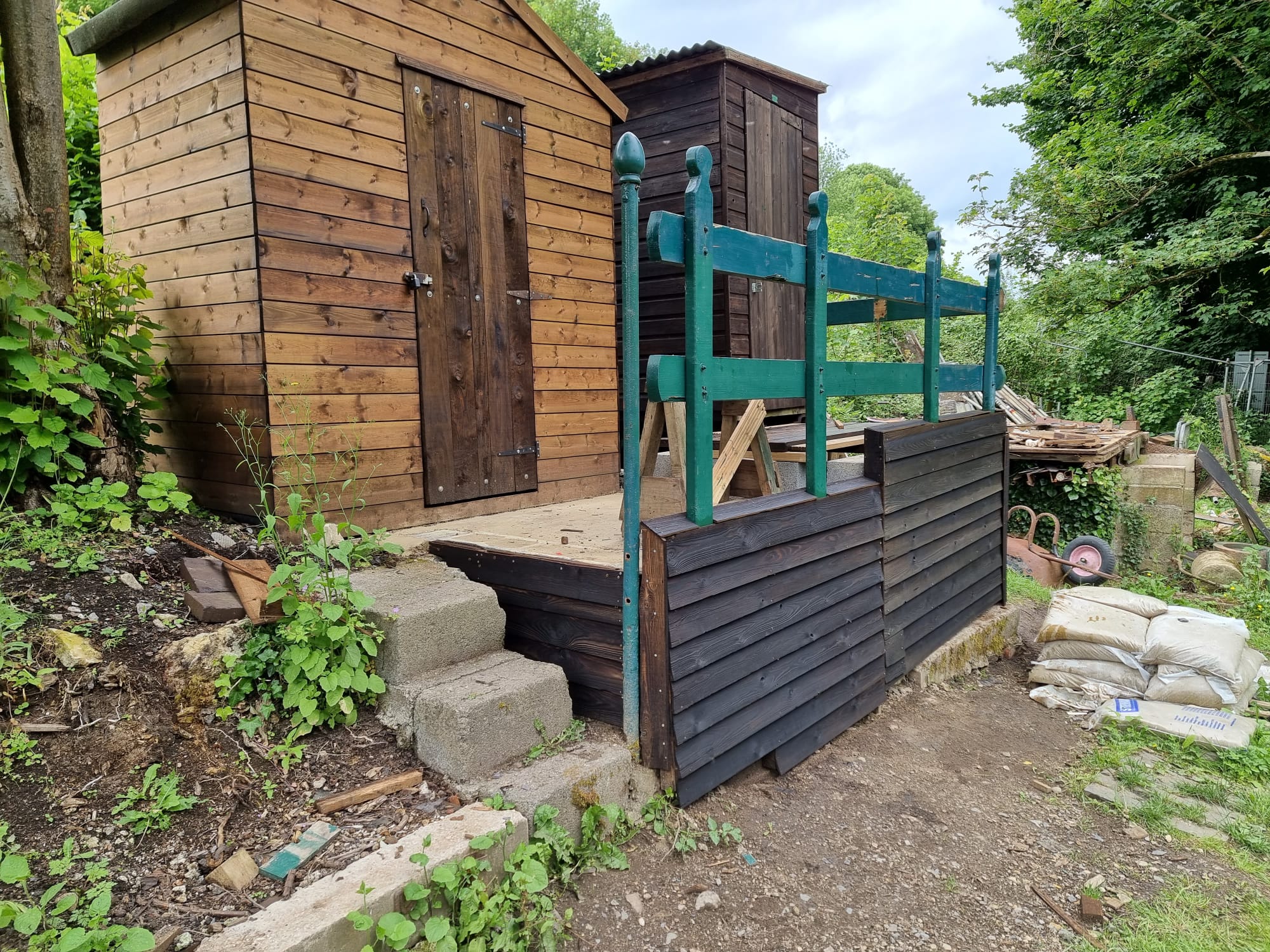