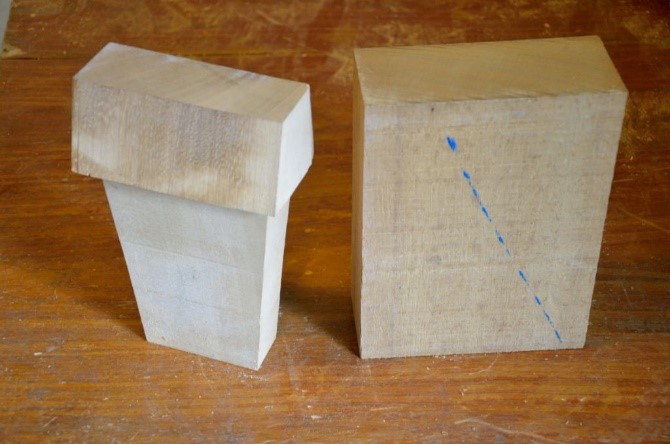 Tooth blank before and after cutting

The big task was to fit a complete set of timber gear teeth to the large pit wheel, Iroko was our choice of timber as it is very hardwearing and resists rot from being both wet and dry. We started the year finalising the jigs for tooth cutting. 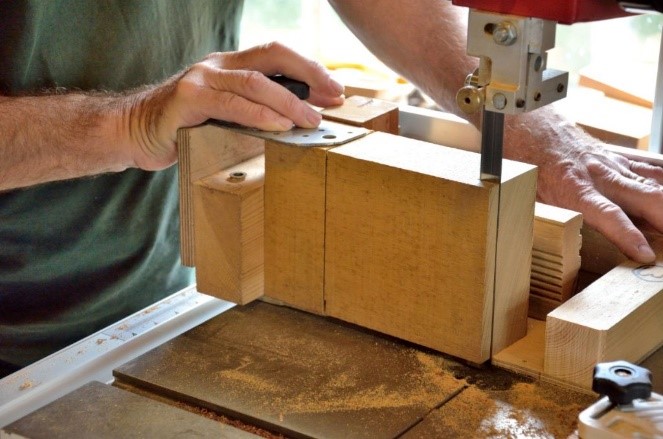 We started the fitting the new blank teeth into the wheel and cutting the running faces in late February, we should note that the last time this was done by professionals in the 1920s it took 4 months!

We have started to prepare for the restart of the Pumping machinery. The pistons have been removed and inspected, one needed to have a new rope seal fitted.

Piston removed, the missing rope packing can clearly be seen!

Inspecting the top of the pressure vessel with its gauge connection 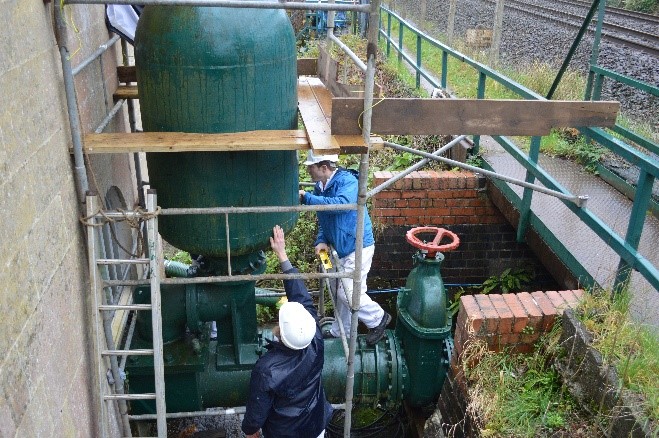 Inspection of the base of the pressure vessel

We are starting on the mammoth task of getting Claverton ready to reopen to the public. A huge clean-up has started, all the walls need to be scrubbed clean and white washed, the top floor layout will have a makeover and improved visitor routing will be initiated. New display material will be installed throughout the site.

We discovered that the old kitchen stove from the nearby engine man’s cottage was actually originally installed in the Pump House, it is listed in a stocktake taken in 1820 which recently came to light. The stove was restored at the works of Iron Art of Bath and reinstalled in the workshop hearth. It is once again fully functional.

The range back in its original position